"The world is run by those who show up"

Born in Weyburn Saskatchewan, John Holdstock passed away unexpectedly at his home in Kelowna on December 25th 2010 at the age of 74. John is survived by his wife Morag and three children.

To say John led an interesting life is an understatement. He obtained an engineering degree from university, and then spent over five years in the early 1960’s working on radio relays in northern BC. John then became a chartered accountant, biding time with a number of companies until moving permanently to BC in 1978. John’s was the Secretary-Treasurer for BC Tree Fruits, a position for 21 years. John was an explorer. Not only was he an avid reader with a wide-ranging area of interests, but he also loved to write. John enjoyed hunting, bird watching and delighted in the deer browsing through his yard.

John’s commitment to conservation and outdoor lifestyle were legendary. He was a member of the Kelowna District Fish and Game Club and President of the BC Wildlife Federation from 1996 – 1998. He twice received the President’s Award for Outstanding Volunteer Achievement and the Barsby Award for Conservationist of the Year. He was also a Director of the Canadian Wildlife Federation. John was a Director at the British Columbia Conservation Foundation in 2002 and Chair from 2003-2010.

With John’s passing we lost an avid outdoor recreationalist, conservationist, advocate and a friend. In honour of John we set up a scholarship fund with partners including the BC Conservation Foundation, The Habitat Conservation Trust Foundation, The Nature Trust of BC, and The Okanagan Region Wildlife Heritage Society.

If you wish to donate to future ecologists, click on the BCCF Giving Opportunities. Tax recipes will be issued on donations over $25.

Successful scholarship applicants must be a resident of British Columbia and a current undergraduate or graduate student attending university or college in the sciences or a related field.

One scholarship of $1,000 is awarded annually.

All application criteria must be met in order to qualify. See criteria prior to submitting an online application.

The application deadline for each year is April 30 at 12:00 pm (Pacific Time). The web form is now closed.

The successful recipient will be announced by June 30 each year.

We recommend that interested students review the criteria, gather/create all electronic files and then return to the website to fill out and submit their application. Make sure you have acquired copies of all mandatory items listed below before beginning your submission.

You will not be able to save your online application until you enter submit.

We thank the following partners for their generous and ongoing support.

The live application web form is only available to view and submit during March to May each year.

The screen captures below can help you prepare your application for submission. 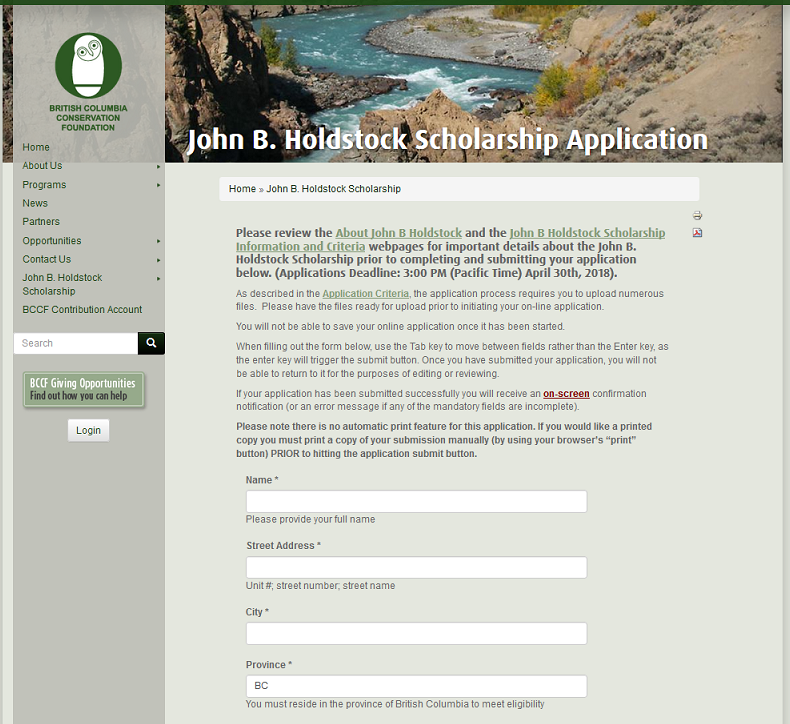 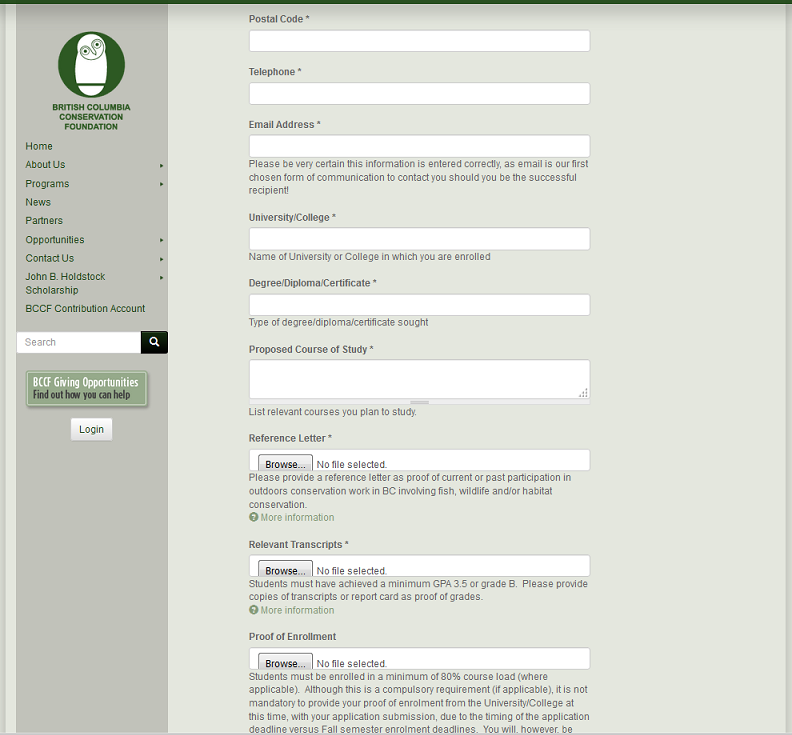 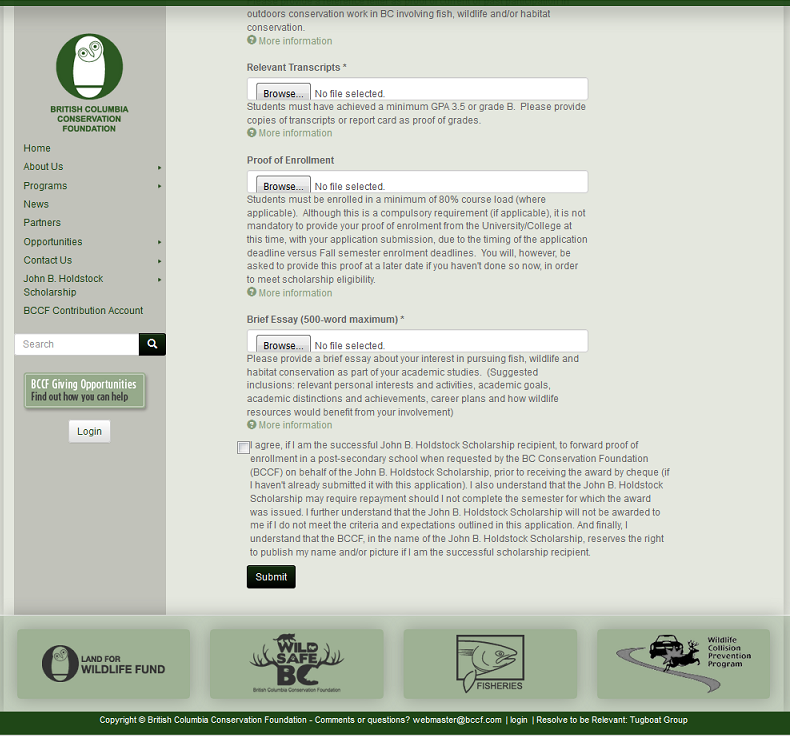